A simple but delicious vegan mushroom gravy for Sunday dinner. Leave it full of mushrooms or blend it for a smoother gravy. 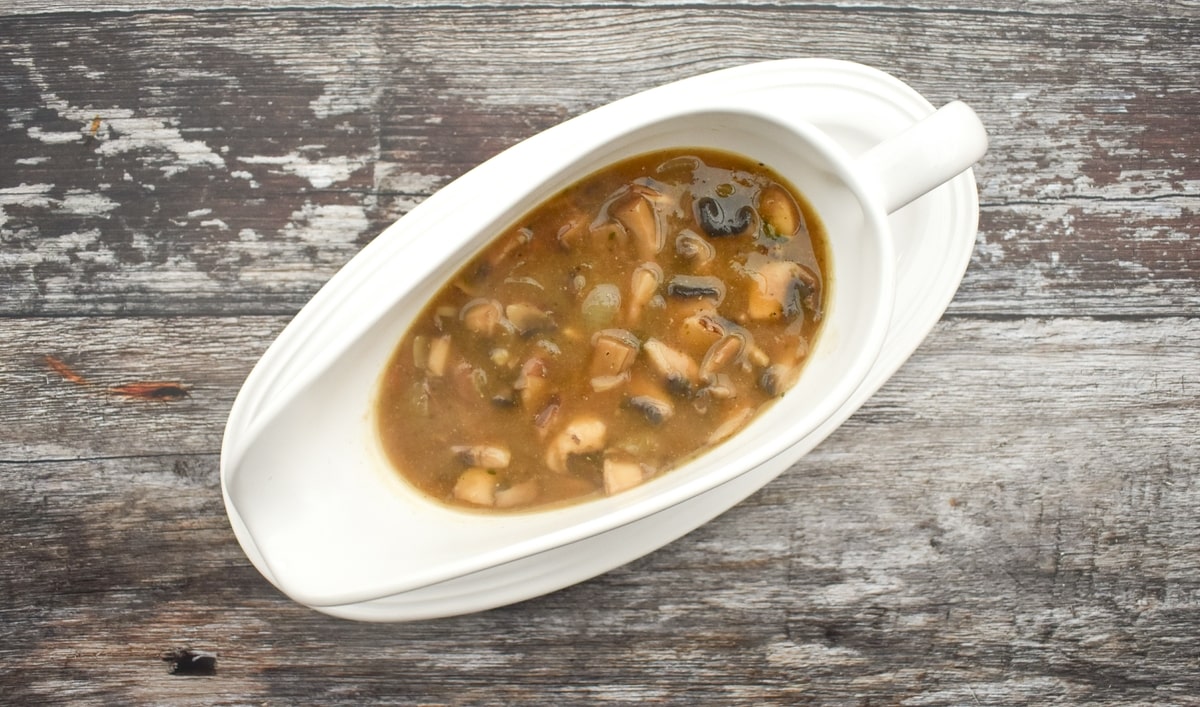 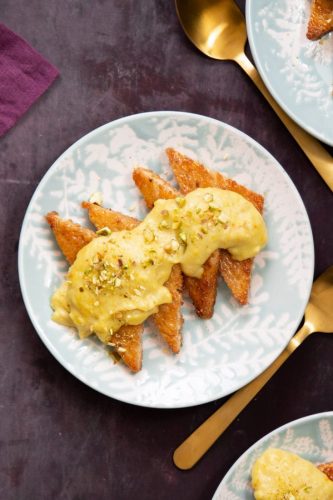 Try Shahi Tukda – a royal dessert that is easy to whip up! Baked buttered slices of bread soaked in cardamom-scented syrup and topped with vegan cashew saffron Rabri custard. 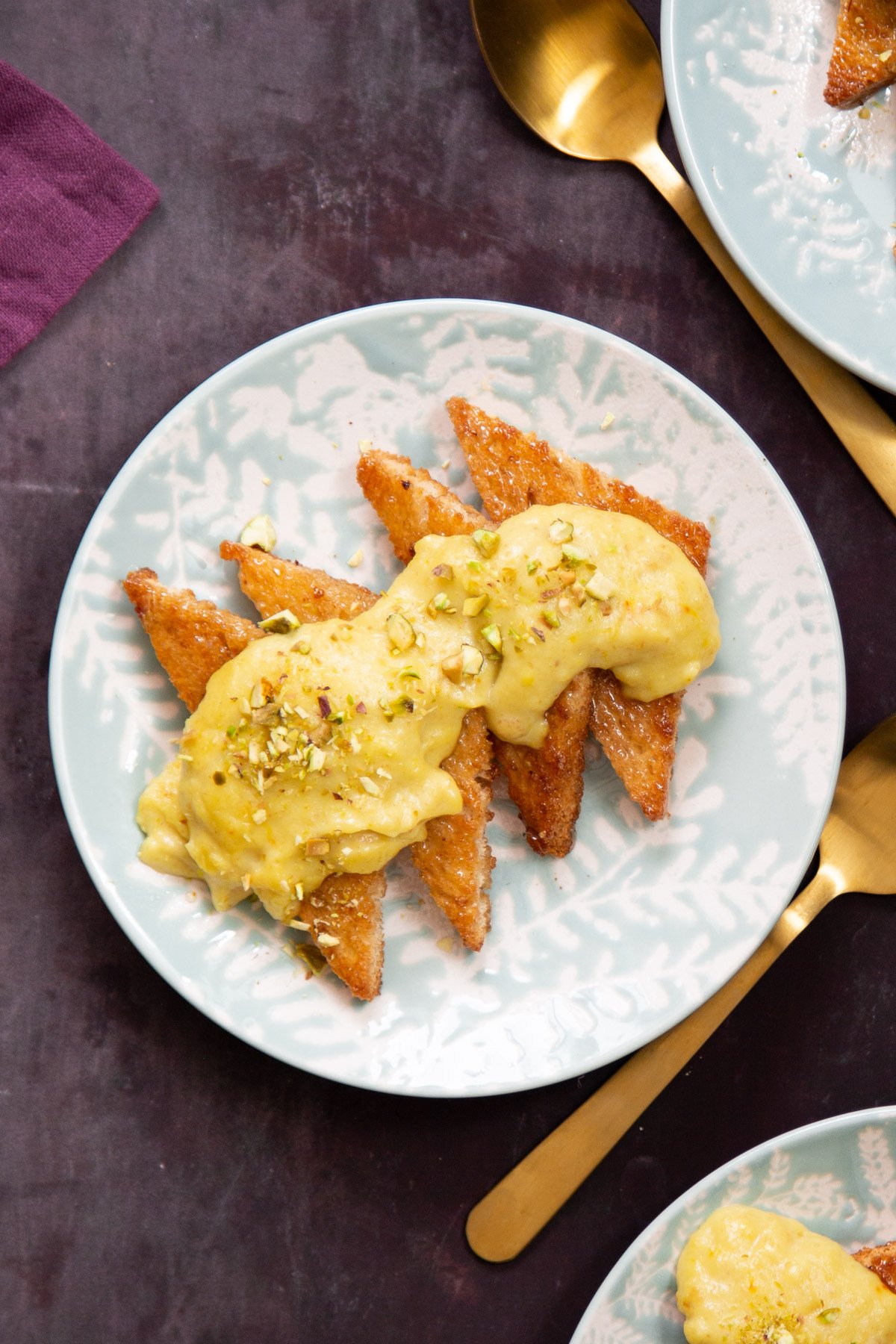 Shahi Tudka – I think of this as a Royal French toast. But it’s actually more of a dessert than a breakfast food. It’s a sweet Mughlai dessert often made by frying bread in ghee (clarified butter) or oil, then soaked in a cardamon scented sugar syrup then topped with Indian Rabri. The Rabri which is a saffron scented thickened milk pudding can be made thick or thin and the bread soaked in it completely or served with the Rabri topping.

In this Vegan version and my lighter take of shahi tukda, I bake the bread. Baking toasts the bread evenly. You can use a toaster too, but the bread doesn’t toast evenly or fry out enough and can get soggy quickly that way. I make a thick custard like Rabri with all the same delicious flavors and assemble and serve. 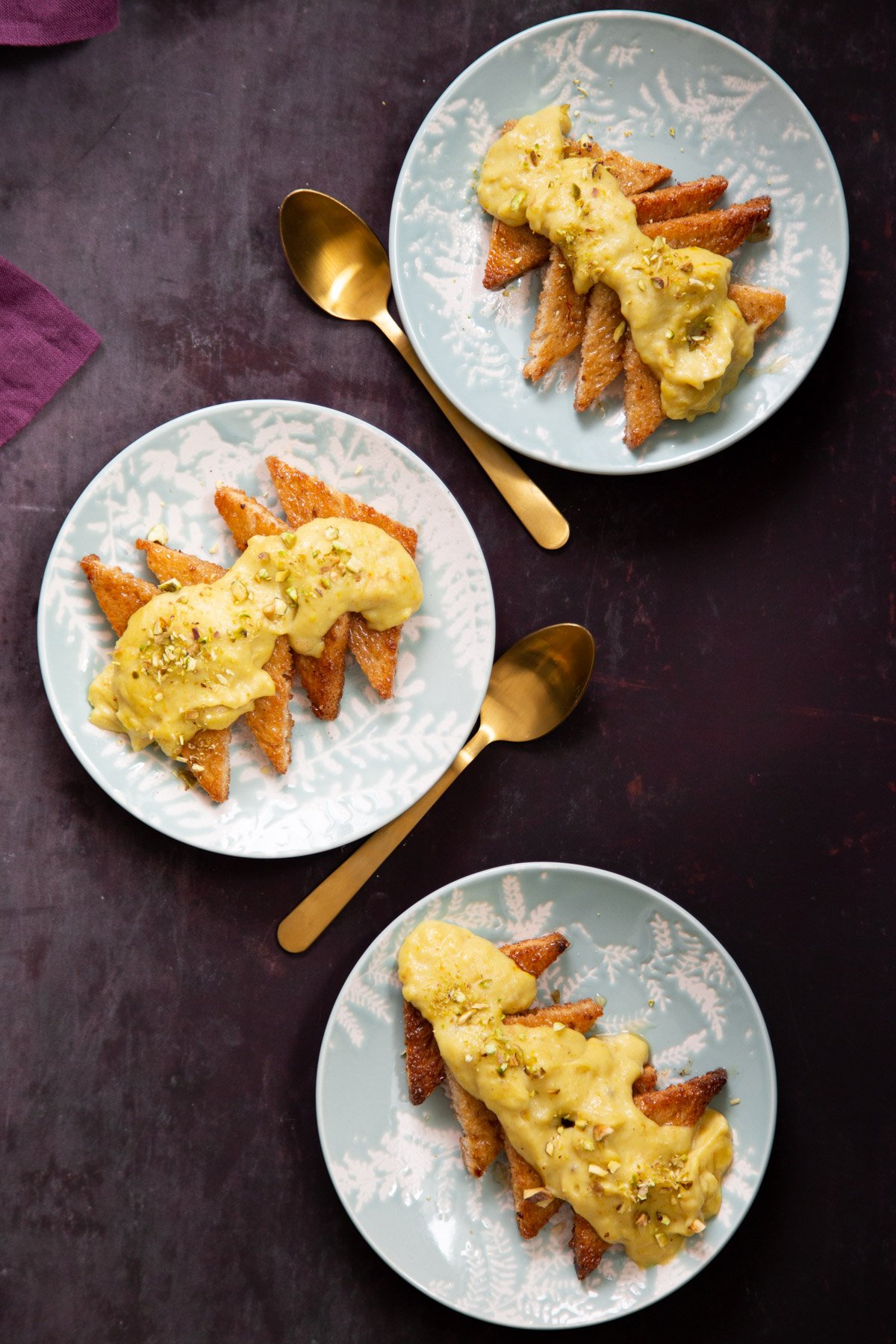 I bake the sliced bread instead of frying, and then coat it in some sugar syrup and top it with a delicious vegan rabri. Oooh, la la!

Despite the sugar syrup, it’s not a cloyingly sweet dessert as Indian mithai tend to be. It’s creamy and delicious with the crisp toast lightening it up.

This is a great dessert to serve during Ramadan. Its easy delicious and festive.
Don’t have saffron? Use cardamom instead or use other flavors like rose or vanilla. 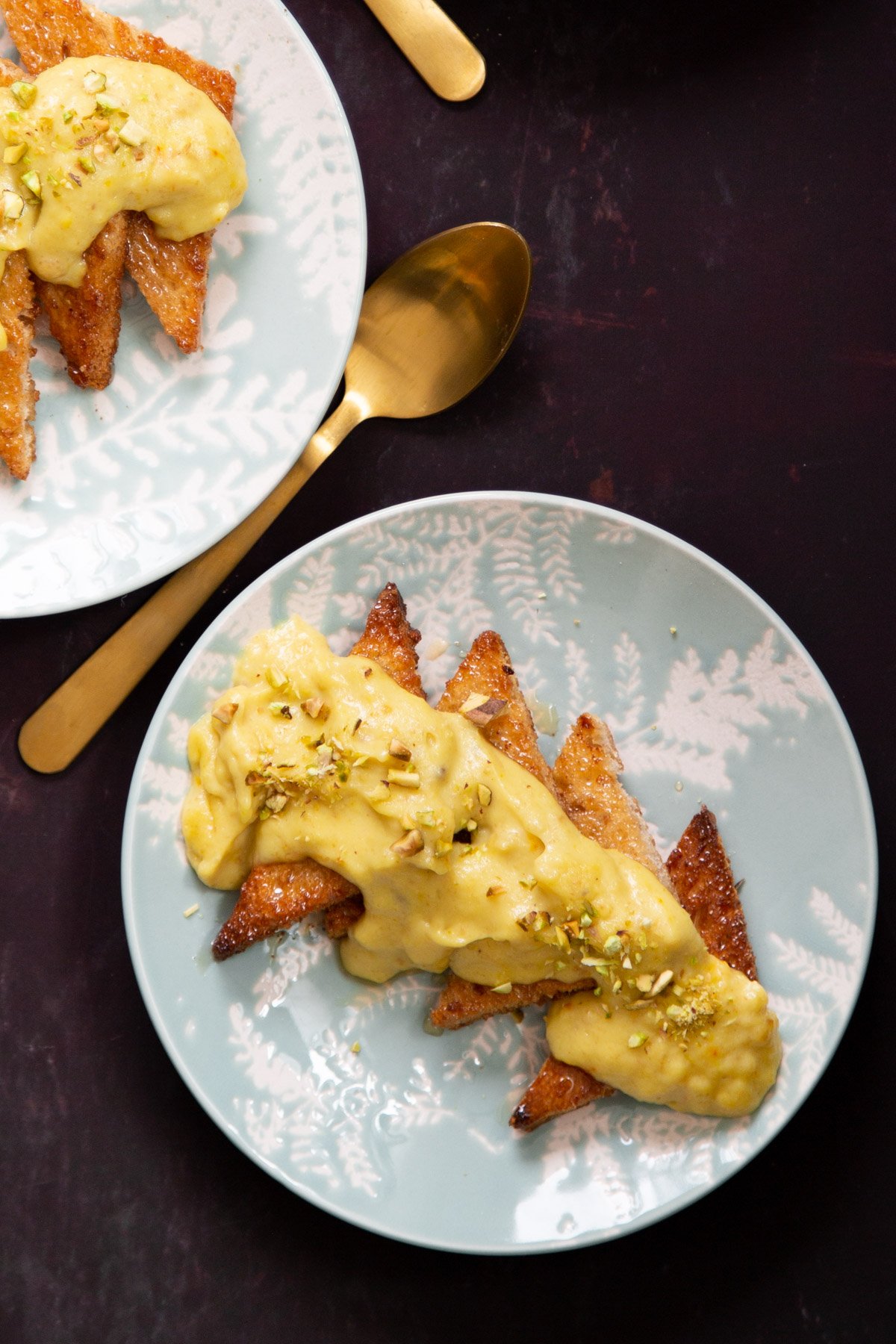