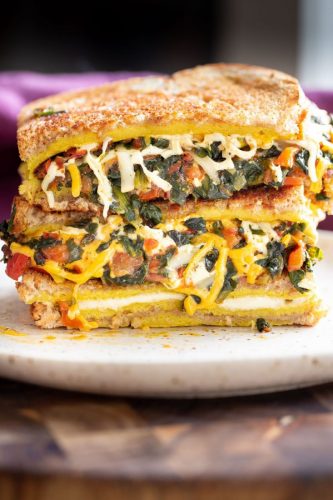 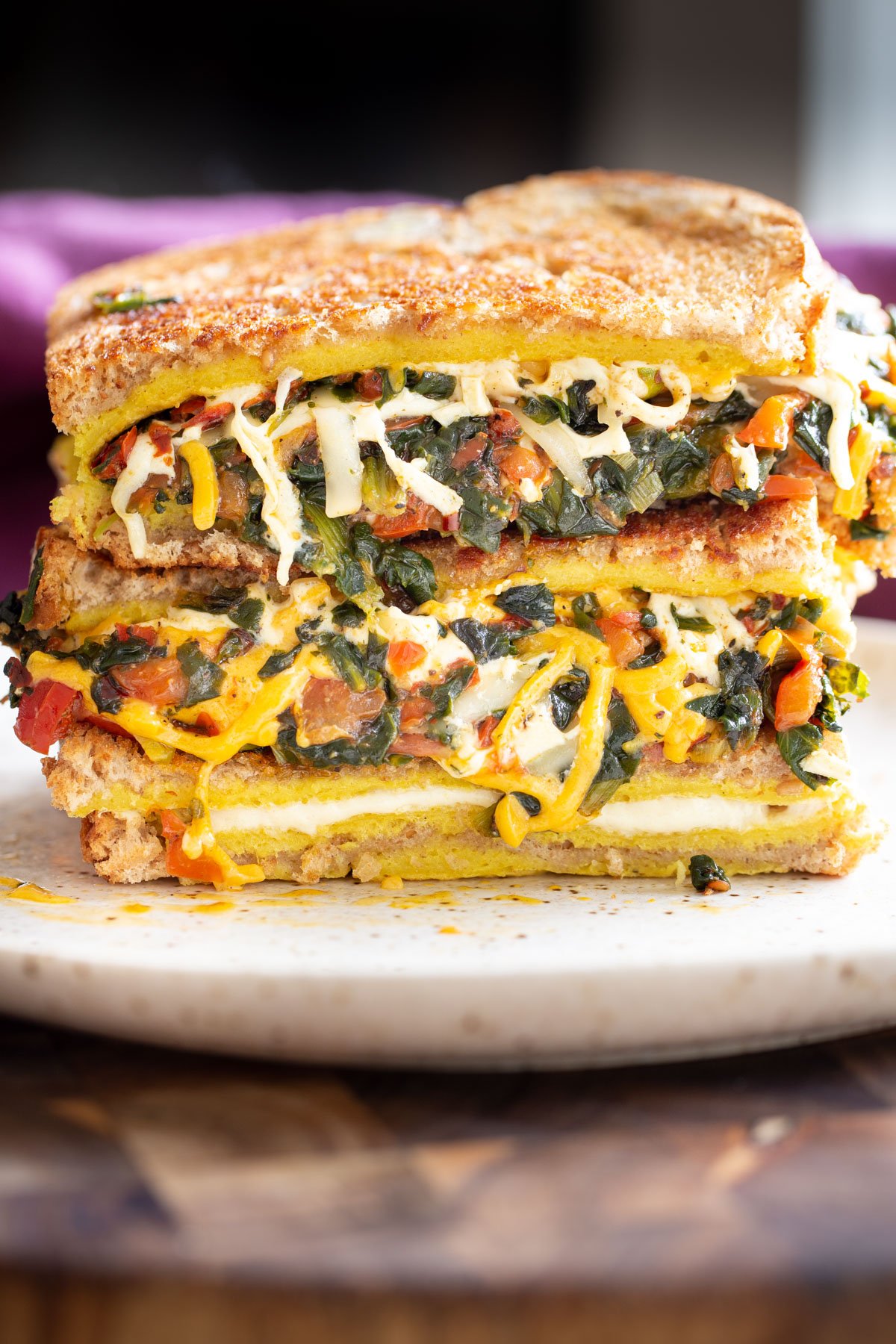 This vegan moong dal sandwich is my vegan spin on the viral titktok egg sandwich recipe. We blend some moong dal with some secret ingredients into an eggy batter, fry it up in the pan, add buttered toast and a gorgeous spinach filling as well as some vegan cheese. Fry, fold over, flip and serve. 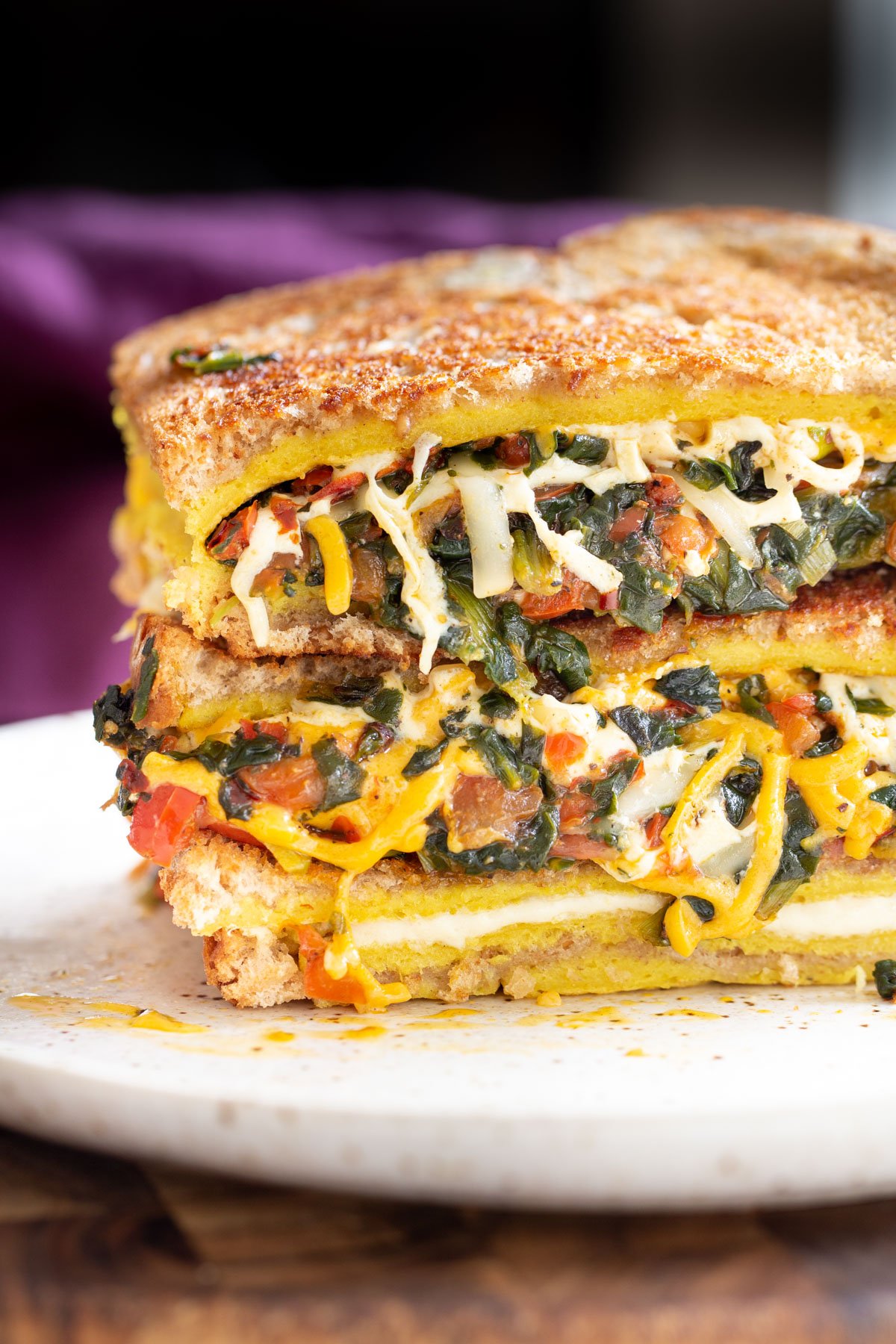 What is Moong Dal:

Just in case you wondered: Moong Dal Lentils are a staple in Indian cuisine. They are commonly served as dal like moong tadka using the Indian tempering method, or in soups or curries along with roti, paratha or steamed rice. They are also used to make thin pancakes like Chilla or the batter used to make fritters.

Moong dal protein is one of the main ingredients in just egg! But moong dal is cheap, unprocessed food and makes a ton of batter. Trust me, once you take a bit of that cheesy eggy sandwich goodness, it will all make perfect sense. 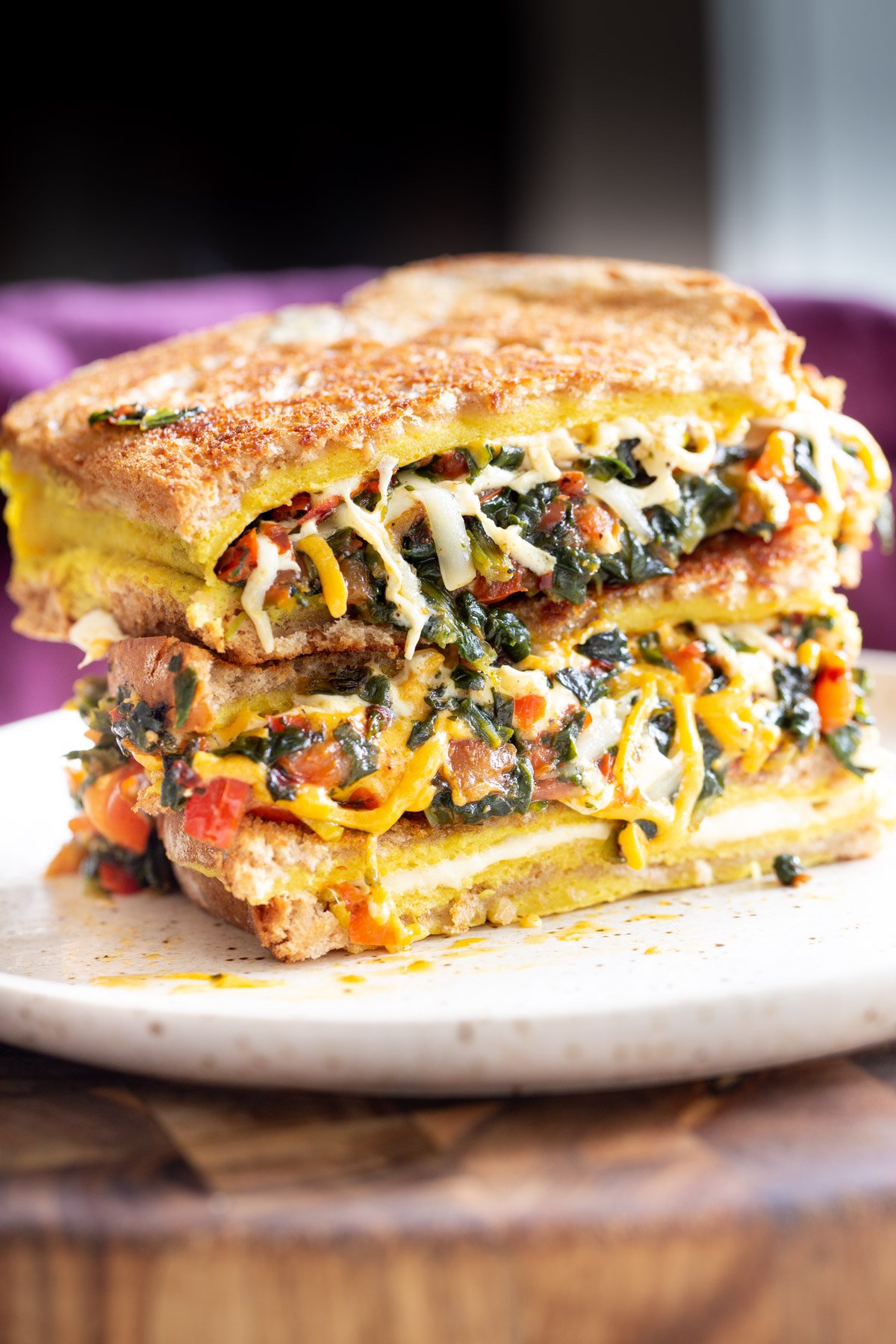 why will you love this vegan egg sandwich with moong dal egg!