There was not a single part of my meal at Native
Foods (Point Loma) in San Diego, CA that was not extremely enjoyable! From my
flavorful Peri Peri “Chicken” Sandwich, to my lightly spiced side of sweet potato
fries, or the vegan blueberry muffin to top of the meal, I was all smiles.

Part of a nationwide chain, Native Foods is a
vegan restaurant that offers a variety of dishes in different forms, inspired
by different cultures. When I first walked into one of their San Diego
locations, I was comforted by the positive messages painted on their walls.
After taking my time to browse the menu, I ordered one of their year-round
sandwiches.

The dish arrived quickly and was presented nicely,
with the colors of sweet potato fries and green lettuce complementing each
other nicely. The food had the right amount of flavor and spice, along with a
pleasant texture combination provided by the soft bun and the sauce covered soy
chicken. Native Foods often includes crispy potato chips in their sandwiches,
soups, or tacos to add a unique textural element, although my meal from this
visit did not include this feature.

After I happily devoured my food, I got a chance
to speak with the manager of the restaurant. He described to us the high
standards he keeps his kitchen in, stating he makes sure to only serve a dish
he would feed to his own family. An insider tip was for us to try the Korean
BBQ Sliders, which were his current favorite thing on the menu. Getting closer
to the human side of the restaurant significantly added to my dinner experience
at Native Foods that night.

Although everyone might not get this unexpected
insight into Native Foods on their visit, they can easily sign up for the
restaurant’s newsletter to receive information about sales and specials. For
example, to spice things up, they have a monthly special order available to
customers at every one of their locations. Another fun feature they have is a
monthly Native Pals Day. On this day, Native Foods gives a portion of their
proceeds to their “Native Pals,” which is currently the Farm Sanctuary, which
in turn help prevent animal cruelty at multiple sanctuaries nation-wide.

Another feature I found engaging was Native Food’s
free smartphone app. It begins meals off on an amazing note when it
automatically grants any new customers five dollars off their purchase for
downloading the app onto their phones! Furthermore, the app awards points for
every purchase, motivating customers to come back until reaching another five
dollar prize. At the end of my meal I had earned five dollars in points and was
able to purchase a blueberry muffin for free, ending my meal with a fresh and
sweet addition.

All in all, I know I will be returning to Native
Foods, hopefully in the near future, partially because of their great food, but
also for what they stand for. It always feels good to help oneself, the planet,
and animals through food, especially when food is as delicious as the offerings
of Native Foods. 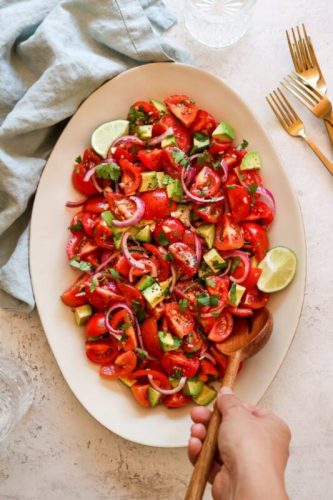